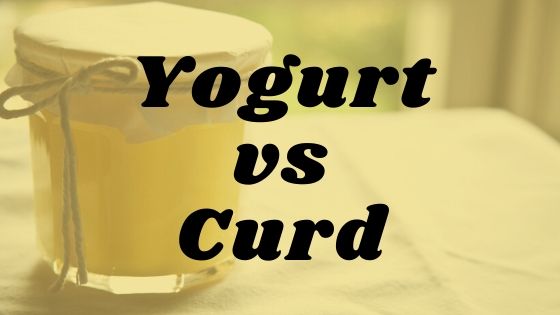 I didn’t care at all calling yogurt a curd and calling curd a yogurt but then one day my colleague taunted me on this subject and i had done research about both and found out that Yogurt and Curd are really different.

Difference between making / fermentation of Curd and Yogurt

First of all the fermentation process and enzymes use for the making of both curd and yogurt is different. So the nutrition in both products must be different obviously!

Lots of people asked us which is better for health benefits and for weight loss. Also which has low fat and high protein from yogurt and curd. So we asked the expert these questions and got some satisfying answers which is written down below. 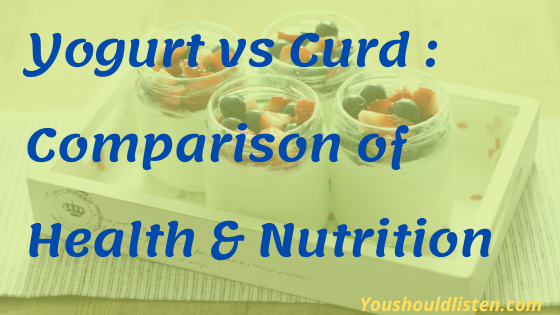 First of all you should know what happens to MILK while making Curd or Yogurt ?

Well, Making of curd or yogurt from the Milk doesn’t change most of the nutrition like Fat, proteins or calories but it does change the carbohydrate level in the milk.

During the fermentation, The process or enzyme converts lactose or suger from the milk into the lactic acid. Because of the low level of lactic acid in the yogurt and curd, person who has allergy of lactose (Lactose intolerance) and can’t consume milk can eat yogurt or curd.

Comparison of Minerals and Vitamins in curd and yogurt

Health Benefits of Curd vs Yogurt

Both Curd and Yogurt is equally healthy but the yogurt is a industrial product so that some nutrition can be added into the yogurt. Curd is usually homemade but it is also very healthy in the comparison of curd vs yogurt healthwise.

What is the Key Difference Between Yogurt and Curd ? [Summary]

I think you have learned a lot in this article about the various differences between curd and yogurt. There’s some visitors of our website youshouldlisten.com who do not have time to read the whole article and asked us for the summary of differences between. So here is the key difference between both yogurt and curd in a short form which anyone can digest.